Skip to content
[New concept of instrument network in China] Recently, the China Information and Communications Research Institute and ZTE jointly held the 2016 Internet of Things Industry Summit in Guangzhou. At the meeting, ZTE signed a strategic cooperation agreement with Chongqing Qianwei Technology Group, the largest gas metering company in China, to jointly promote the development of the â€œurban internet of thingsâ€.


This is the first time the company has put forward the concept of â€œurban internet of thingsâ€. As the name suggests, it is the construction of the internet of things under the framework of a smart city. Smart cities rely on big data to support not only government data and enterprise data, but also the massive data generated during the daily operation of the city. This requires the Internet of Things to sense and collect urban big data. According to ZTE's view, the urban Internet of Things is a whole that can work together and is the new hub for building smart cities.

â€œSmart cities are accelerating development and construction around the world, and the Internet of Things is infrastructure. We call the infrastructure for urban public services, including public security, public utilities, public services, monitoring and protection of the public environment and other things, the cityâ€™s Internet of Things. These IoT service capabilities are closely related to each city's residents." Liang Chong, general manager of ZTE's corporate affairs products, said in an interview with C114 that urban IoT generally follows the planning and construction of smart cities, and the relevant government departments or public service agencies Responsible for high reliability and safety requirements.

Building a city-level cloud platform, Liang Yi, introduced at the summit that the development of urban Internet of Things is facing five major problems.

The first is the development of vertical shafts, which leads to repeated construction and channel waste or even conflicts in various industries. Second, data cannot be shared. Dispersed data cannot produce â€œchemical reactionsâ€ and it is difficult to mine the potential value of data. Third, fragmentation leads to Difficulties in deployment; Fourth, there is no uniform security requirement, and there are security risks. The fifth problem is lack of uniform standards, poor interoperability, and high barriers to industry.

â€œFor example, the fire-fighting facilities and underground pipe networks in high-rise buildings have very high network coverage requirements.â€ Liang Qiong exemplifies that if the network is interrupted or data is not collected regularly, public services cannot naturally be guaranteed. In terms of network security, the most important thing for the Internet of Things is connection security. Signals cannot be disturbed at any time. It is also necessary to prevent Internet of Things devices from being used to perform security attacks on the entire communications network. Similar cases have occurred before and caused serious problems. as a result of.

The above problems have plagued the development of traditional businesses and cannot use the Internet of Things to develop more innovative businesses. Liang Hao said that the current lack of a unified planning for the city's Internet of things, in general, is a single project in the vertical field, and due to the long industrial chain, the entire process from the sensor to the network to the platform needs to be done by the manufacturer, which is very complicated.

â€œMany professional Internet of Things companies are very good at their own professions, they are not strong on the Internet, they are not familiar with new technologies such as NB-IoT, and they are confused about the integration of various network technologies. It is more difficult to build cloud platforms, but one Vertical industry alone bid construction, platform manufacturers are also difficult to play a role." Liang Yi said.

Therefore, one of the keys to building a city's Internet of Things is to open up multiple industries, build a unified platform, and eliminate islands of information. Through a unified cloud platform, the upstream and downstream resources of the Internet of Things (ICT) industry chain can complement each other, allowing professional companies to do professional things. At the same time, the urban Internet of Things cloud platform can also help bridge the security shortcomings and gradually move toward standardization. The cloud platform can also effectively reduce redundant construction and realize resource intensive. There are dozens of subdivisions in the big box of urban internet of things. Application deployment in each subdivision area needs to consider the sensor network and hardware environment. The significance of reducing redundant construction is very significant.

The greater significance of cloud platforms lies in the collection and processing of big data. The ultimate foundation of wisdom is data and information. Liang Yu pointed out that the application of a decentralized urban Internet of Things has resulted in many vertical applications collecting data. When synchronized to a data center, on the one hand, it loses real-time performance. On the other hand, the data processed by the application system is of value to big data mining. Has been discounted.

Through unified access to resources and unified management and control, the sensors related to urban public infrastructure are directly connected to the IoT cloud platform. They can be opened in the vertical direction through capabilities and become platform supports for innovative applications. In the horizontal direction, sensor data can be captured in real time for large data processing. Just as the human nerve center collects the perceptual information of various nerve endings and sends it to the brain to form human intelligence capabilities. The urban Internet of Things cloud platform sends the various types of perceived city data to big data centers for processing and analysis. It also generates The wisdom of the city.

â€œFor example, to monitor the water quality of a city, in addition to the polluting emissions from the factories, a large amount of fertilizers, pesticides, and pesticides are used in agriculture on the upper reaches. The infiltration of water through the water system may lead to urban water supply. The fishery industry also uses a lot of heavy metals. Antibiotics, etc. will also infiltrate, and changes in water quality will require dealings with the health sector, industry, etc. Fisheries, health, and industry are another set of data collection systems, and data between departments cannot be communicated in real time, which makes supervision extremely difficult." Zhai pointed out that "if the urban IoT system between several departments can open up to form a cloudized platform, unified access and data collection, it will be able to formulate a unified standard and monitoring system to achieve real-time supervision."

Open cooperation: building a new hub for smart cities According to Liang Shuming's speech at the summit, the positioning of the cityâ€™s Internet of Things is the new hub of smart cities. The access of multiple terminals to a wide variety of formats eventually converges to the urban IoT cloud platform, enabling network information sharing, rapid deployment, unified standards, centralized security, and unified access. Through the ability to open up rich public services and big data applications .

This is a very beautiful idea. At the same time, there are unimaginable difficulties in the highly fragmented IoT ecosystem. The aim of holding this summit is to unite the power of the industrial chain, promote information sharing, resource sharing, and benefit-sharing of the industrial chain, strengthen cross-border cooperation, and upgrade the â€œshared economyâ€ to the public service field and upgrade to the city level. Network building height.

The main body of industrial chain cooperation is GIA. At the summit, GIA held a licensing ceremony for 24 newly added companies, thus increasing the number of alliance members to more than 100 in just half a year, and gathering companies such as ZTE and Avantgarde as leaders in their respective fields. .

â€œWe hope to agglomerate the power of the industry, rely on the strength of the industrial chain to achieve common R&D, common project design, common infrastructure support, common market promotion, and even ZTE's industrial capital support for high-quality partners through GIA. When we gather strength, plus the governmentâ€™s We attach great importance to the coverage of operators' networks and we can achieve the goal of urban IoT from a single vertical industry to horizontal, cloudized, and even big data services." Liang Yi said that the Internet of Things is very complicated, and it is not realistic for any one company to use a single player. Only cooperation can lead to success.

â€œIt should be said that ZTEâ€™s strength is its long product line and its ability to provide end-to-end solutions, but it lacks a deep understanding of certain vertical industries. In these industries, we must rely on our partners to develop industry applications and jointly develop the industry market. Unlike the traditional telecommunications industry, the Internet of Things is mainly a device vendor, supplier, and user. In the IoT industry, there may be more than a dozen roles in an industry chain. To develop an end-to-end solution, it is necessary to understand the user's reality. Demand," Liang said. "For us, studying is very stressful. We must continue to learn every day."

Of course, ZTE can also bring greater business opportunities to industry partners. Taking the cooperation with the meter manufacturers as an example, ZTEâ€™s power meter reading solution cooperates with more than 30 power companies in more than 20 overseas countries to provide them with a complete terminal, meter reading platform, and even an IoT cloud platform. The leading terminal manufacturers in the domestic market, based on the unified terminal standard of cloud platforms jointly with ZTE, can quickly enter overseas markets and use ZTE's platform data to provide terminals of different grades and standards for different countries.

Liang Yi introduced that GIA has established open laboratories in cities such as Shenzhen, Nanjing, Chongqing, and Shanghai in order to jointly develop and debug some new products and solutions, as well as joint certification with partners. In the Chongqing Lab, ZTE and Avantgarde Group have made interconnections on the platform. Avant-garde Group's meter terminals have been produced and can be docked with the platform without the need for refitting.

â€œShenzhen Laboratories has also started operations. GIA also has an important function. It shares the market with partners. ZTE has 145 smart city projects in operation worldwide and its products are used in more than 160 countries around the world. We can combine market capabilities. Solution promotion will bring our partners to a broader market. At the same time, our partners are also very influential in their respective industries and can bring our capabilities into the industry,â€ said Liang Wei.

(Original title: ZTE proposes the concept of "urban internet of things": opening up and cooperation to build a new hub for smart cities)

Friction idler roller is made by two parts, plain roller and round friction disk. It is used for automatically training belt by friction self-aligning idlers. Through the rotating components in the center, aligning idlers will correct excess misalignment of belt. When the belt is leaning to one side, friction idlers will rotate to the same side to supplies a reaction to train the belt and keep the machine running normally. 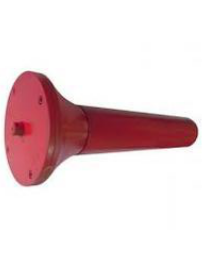 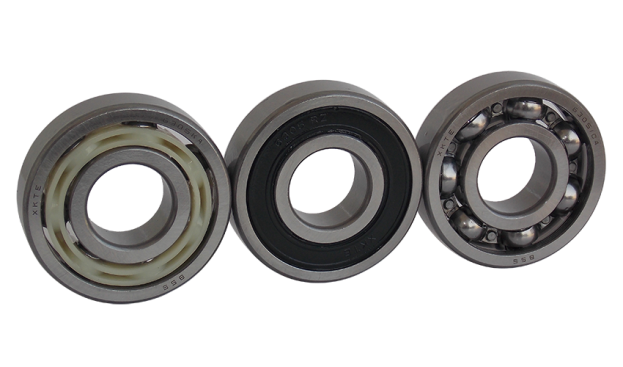 To be the first class, to do the best quality, to make users satisfied, to ensure customers relieved, are our enterprise purposes. Welcome bearing dealers` and Conveyor Idler manufacturers contact from all over the world, and become our partner.