As Audi's largest share of sales in China, but also ruled the C-class car market for nearly 30 years, the A6L once again demonstrated the king's domineering in July. The BMW 5 Series has just ushered in a new generation. As the production capacity is in a climbing phase, its energy seems to have not yet been completely "awakened", which also affected BMW's overall performance in July. With the intensification of competition, Mercedes-Benzâ€™s previous price increase sales are gradually loosening, and the discount rate for some models has increased.

Although the second- and third-tier premium brands are difficult to fight for "fighters," they are struggling to achieve a leap from "niche" to "public" and from branch to mainstream. Through the "price-for-price" sales strategy, second-tier premium brands can achieve sales volume boost in the short term; however, "in the long run, they will definitely reduce the product's value-preservation rate, damage the brand's reputation, and ultimately damage the brand's value. "Cui Dongshu, secretary general of the National Passenger Vehicle Market Information Association, said. 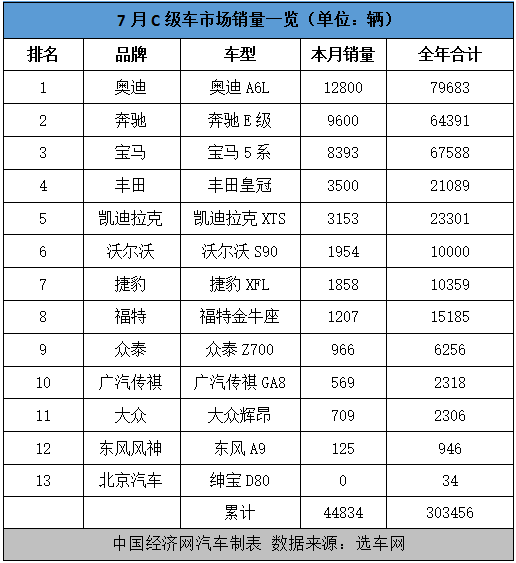 At the beginning of the second half of the year, Audi, who dominated the high-end car market for nearly 30 years, once again demonstrated the arrogance of the king's division and stepped up recovery of the â€œlost groundâ€ of various market segments. Among them, Audi has the largest share of sales in China, and it is also the boss who dominated the C-class market for nearly 30 years. The sales of A6L in July reached 12800 units; the cumulative sales in the first 7 months were 79,683 units, and second place. BMW's sales gap widened to 12,095 vehicles.

In fact, when the so-called "rejoint venture" was over, the FAW-Volkswagen Audi returned to the top spot in the single-month sales in June this year. In addition, the relocation of the Marketing Department of the Sales Division to Beijing and the gradual implementation of the "Comprehensive Rectification Measures" will add weight to Audi's "recovery battle."

In order to speed up the recapture of the lost positions, Audi's discount rate in the terminal market is still alarming. Economic DailyÂ·China Economic Net reporter learned from visiting the 4S shop in Beijing area that at present, the discounts for the main models of Audi are still above 20 points, basically maintaining the preferential rate after May 1st.

In contrast, the "old rival" BMW 5 Series has just ushered in a new generation, and its energy does not seem to have been completely "awakened." In the month of July, the sales volume of the BMW 5 Series was 8393 units, which was the top three for ABB. From January to July, its cumulative sales volume was 67,588 units, which was reduced to 3,197 units from the third Mercedes-Benz E-class.

Some industry analysts believe that the production capacity of the new BMW 5 Series is at a climbing stage, which has affected the overall performance of BMW in July. According to data released by BMW China, in July, BMW and MINI brand sales were 43,311, an increase of 8% year-on-year. From the perspective of visiting the market, the discount rate of BMW models remained at around 20 points, but it was slightly more than that in the previous months. At the same time, some models lacked inventory. Take 3 Series White as an example. It basically takes about a month. Only mention the car. 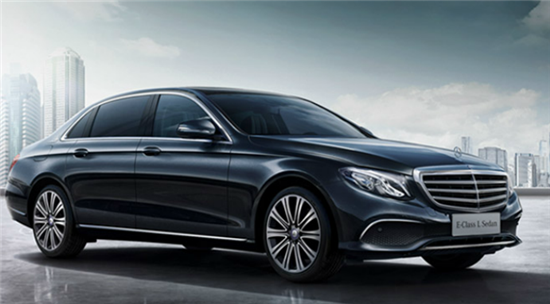 Under the powerful offensive of the two "German fellows," Mercedes-Benz E-class sales remained strong in July. Data shows that in July, Mercedes-Benz E-class sales of 9600 vehicles. However, under the intensified competition, Mercedes-Benz's previous price increase is also gradually loosening, and the discount rate for some models has increased. Judging from the situation of reporters visiting the market, at present, some 4S stores in Beijing, Mercedes-Benz E-class although there is no cash concessions, they can give 10,000 yuan in insurance and oil cards, etc.; C-class cars have 35,000 -3.7 million in cash; The whole new generation of GLA listed in June also has a discount of RMB 38,000-4.5 million.

In addition to the "ABB" top three, although high-end brands in the second and third tiers are hard to fight for "fighters," they are struggling to achieve a leap from "niche" to "mass" and from tributaries to the mainstream. Among them, the sales figures of Cadillac and Volvo are particularly eye-catching. According to statistics, in July, Cadillac and Volvo sold 12,000 units and 9267 units respectively, an increase of 37% and 50.2% respectively year-on-year. 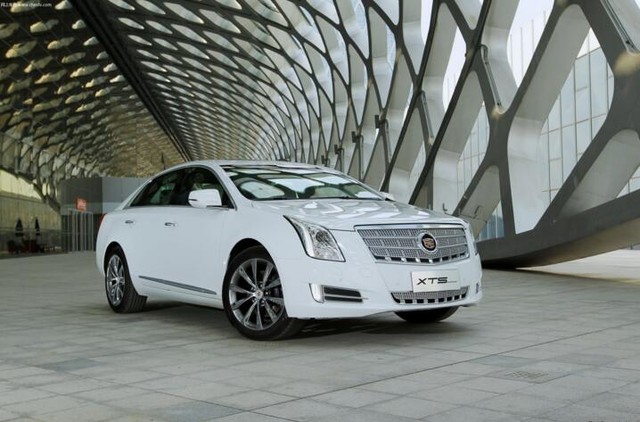 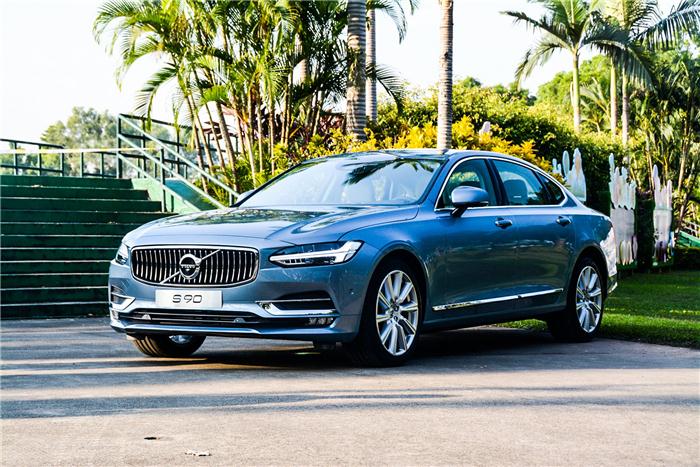 Second-tier high-end brands can achieve the effect of boosting sales in the short term through the â€œprice-for-priceâ€ sales strategy; however, â€œin the long run, it will definitely reduce the product's value-preservation rate, damage the brand reputation, and ultimately damage the brand value. "Cui Dongshu, secretary general of the National Passenger Vehicle Market Information Association, said.